I am doing a different sort of Fact or Fiction? this month. I have hurt my back and am unable to sit down for any length of time. So instead I am posting a very short story I wrote a few weeks ago, using the writing prompts from my "Tell Tale Fairy Tales" set. I hope you enjoy! 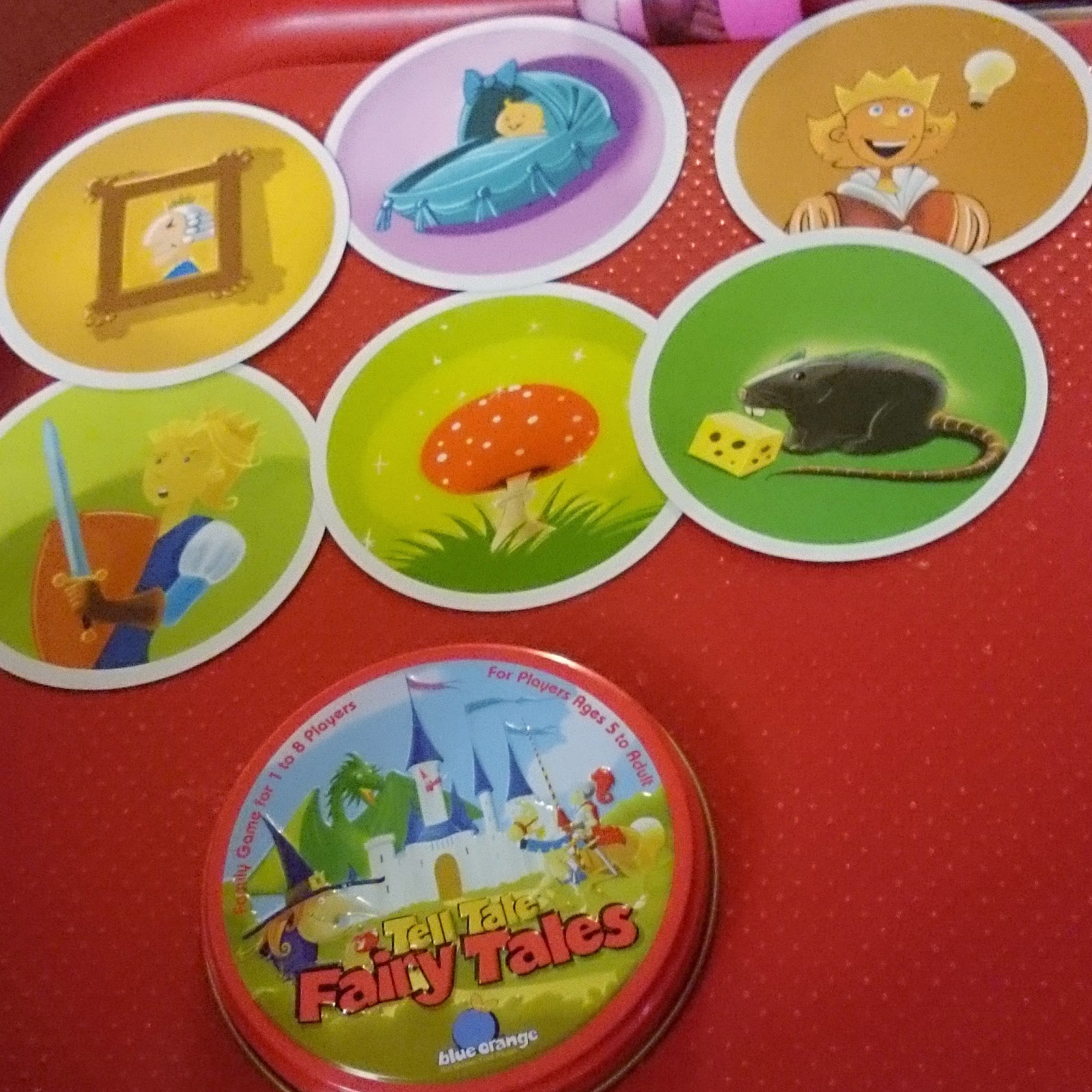 Once upon a time, in a land far, far away there lived a very exacting king. And this king decided that it was about time his son married and provided him with an heir or three. The son was not pleased about this, but the king was not to be argued with. The prince thought long and hard about his predicament, when suddenly he was struck with a brilliant idea! He would embark on a dangerous quest, the likes of which the minstrels would be singing about for years to come. He would bring so much glory to his father that he would never have to marry if he didn't want!

Without a moment to lose, the young prince armed himself with sword and shield and set off into the dark, scary forest. He was wandering for many minutes, longer than he had ever wandered before, when he spied a huge red mushroom. It had white dots and sparkled with fairy dust. With eyes wide, the prince leaned in close to the mushroom until his face was bathed in golden fairy light. The mushroom smelled fragrant, like ripe strawberries on a warm summer afternoon. Famished from his arduous, minutes-long walk, the prince extended his pink tongue and licked the glittering mushroom.

POP! FIZZ! CRACKLE! The prince began to shrink rapidly, and unsightly grey hair sprouted from his face and body. Large front teeth protruded from his whiskered, elongated nose. The prince had turned into a rat! He squeaked with delight. There was no way his father could make him marry now! The rat-prince skipped off into the forest, his long bald tail swinging merrily behind him. He lived happily ever after.

The end.
Posted by Ash Oldfield at 4:17 PM No comments:

Email ThisBlogThis!Share to TwitterShare to FacebookShare to Pinterest
Labels: Everything, Fact or Fiction?, Writing

The Captive Prince, by C.S.Pacat

Last night I had the absolute honour of meeting the very talented author, C.S.Pacat at her book signing, hosted by Dymocks Camberwell. C.S.Pacat has been making headlines recently over the publication of The Captive Prince, book 1 in her fantasy trilogy. I had heard of this story, but had been increasingly frustrated by people's inability to describe to me what the book was about. All they could say was that the book was soooooo good that they didn't want to give me any spoilers. So I went to C.S.Pacat's book signing and let the author speak for herself. I was instantly impressed. C.S.Pacat was intelligent, spoke knowledgeably and passionately about her craft, and was immensely humble. I immediately purchased her book. 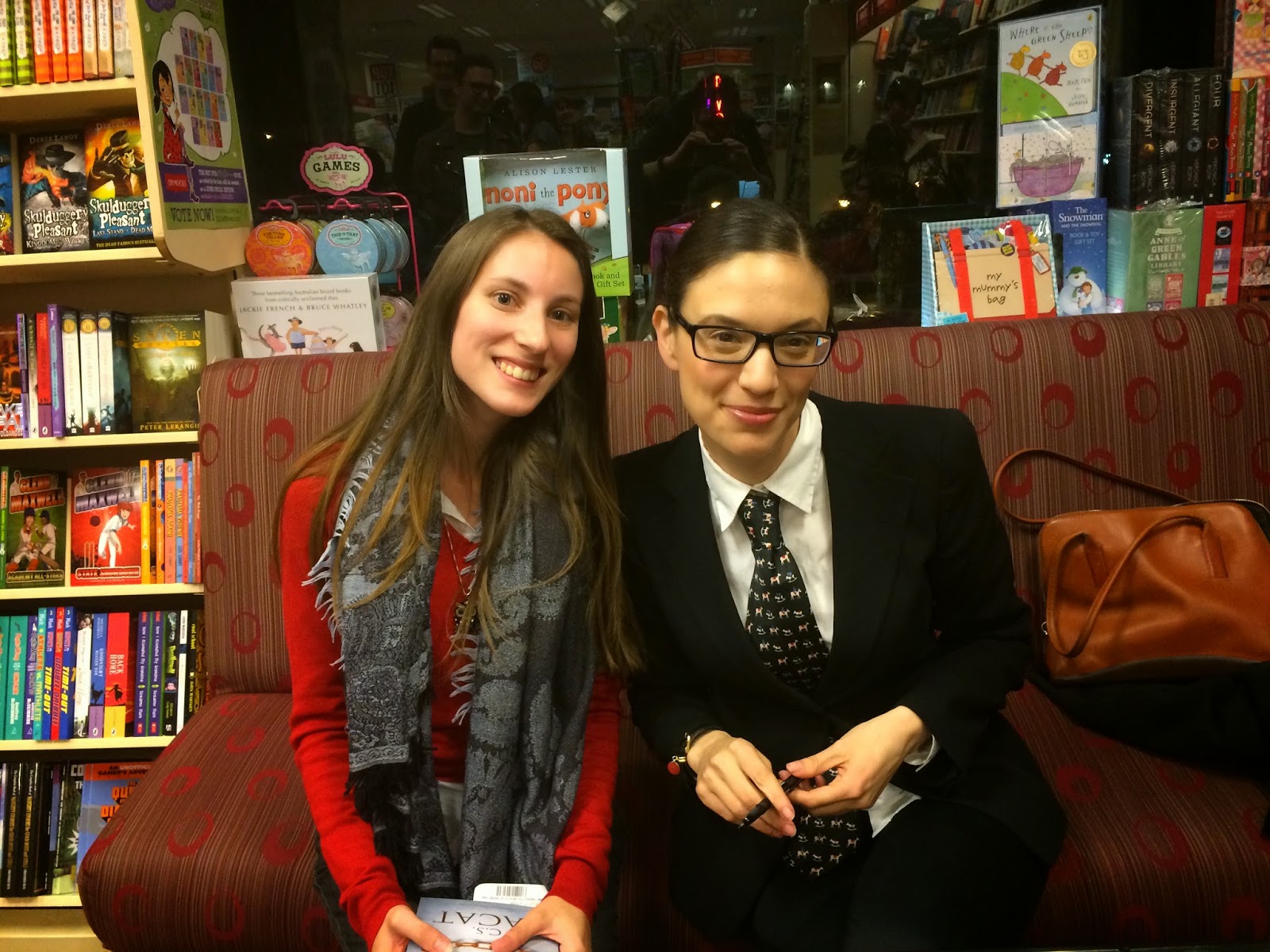 She was also kind enough to pose for a photo with me!

This morning I idly flicked through the book as I sipped on my cup of tea. Next thing I knew it was 4.30pm and I was reading the final paragraphs of The Captive Prince. It has been a very long time since a book has grabbed me like that.

So what is The Captive Prince about? Annoyingly, I don't want to tell you because I don't want to spoil it for anyone (hypocritical, I know). The story is very dark, very gritty and brought to mind The Black Jewels trilogy by Anne Bishop. Although fantasy, there is none of the stereotypical magic, wizards, elves or goblins one has become accustomed to expect from the genre. C.S.Pacat herself described the series as "Princes in love", but that was not how I found book 1. The book, or rather my take on it, centred instead around political intrigue that had layer upon layer of lies and treachery. Every sentence C.S.Pacat wrote, every piece of dialogue, kept me guessing at a hidden meaning. The writing itself is refreshingly readable. The setting brings to mind Ancient Greece or Rome. The story is told from the perspective of Damon, a slave given as a gift to an enemy country. I can say no more than that!

I had been told that the story is Gay of Thrones. I dislike that term. Although there are homosexual undertones, that to me is not what the story is about, but merely one of the many layers to the story. There are definite Not Safe For Work scenes in the book, but there was nothing gratifying about them. Each scene, rather, demonstrated the power struggle in a treacherous environment where anyone and everyone can be a secret enemy, just waiting for the moment to strike.


I absolutely, wholeheartedly recommend this book. It's just so refreshingly different to anything else I have ever read, the political intrigue has kept me guessing page after page, and the writing style is unique and yet easy to read.

P.S I am completely aware that I have broken my self-imposed book buying ban. I regret nothing!

You can purchase The Captive Prince from most bookstores and online retailers.
Posted by Ash Oldfield at 5:20 PM 2 comments: