Where Do You Get Your Inspiration From?

I was very excited to discover that Netflix have produced a remake of the British children's TV show, 'The Worst Witch'. I absolutely loved this show as a child and it was the inspiration behind the first 'novel' that I ever wrote. 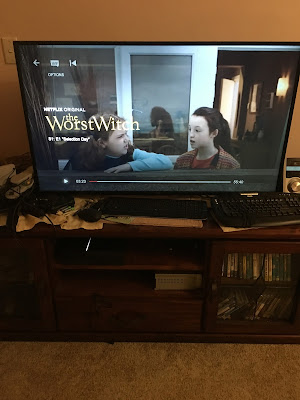 The Worst Witch is set in an all-girls academy in Britain. I wrote about a co-ed school in Australia. I tried to make the story *mine* as much as I possibly could, but in all honesty, 12 year-old me didn't really know what that meant and my story was more or less a carbon-copy of the TV show. I was outraged when, at age 13, I read Harry Potter for the first time. I felt like J.K.Rowling had ripped off' my idea for writing about a co-educational magic school. I even drafted a letter to her telling her about my story and, although I loved The Philosopher's Stone, surely she could sympathise with me that she had beaten me to publication with her story simply because she was an adult and I was a child?

Ah, children are so funny.

Anyway, ever since I saw The Worst Witch I have had a fascination with magic. If magic were real, where would you learn the craft? Would your parents teach you, or would you go to school? Would you hide from the non-magical world, or would you simply be a sub-sect of the greater community?

These were questions that I pondered for years, and since falling in love with the story of Mildred Hubble at the tender age of 11 or 12, I have researched and read anything I could get my hands on about the history behind magic. It is no accident that my own book series, The Rachaya Series, is set in a magical school of sorts.

Every step I have taken in writing has seemed like a natural progression of random events, and yet I can trace that first passion that sparked the burning inferno that is now my job back to a rather corny TV show.

What was the inspiration behind your journey as a writer? Can you even remember?

And yes, I did binge watch 9 of the 12 episodes of The Worst Witch in one sitting last night. Why do you ask? 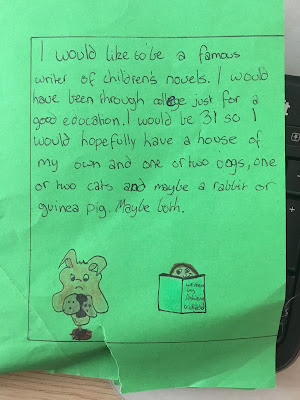 P.S. I have all of the above-mentioned animals as pets. Dare to dream!
Posted by Ash Oldfield at 2:56 PM No comments:

Email ThisBlogThis!Share to TwitterShare to FacebookShare to Pinterest
Labels: Everything, Rachaya, Thinking, Writing

For all of you tech-savvy readers out there, Fyrebyrne Island is now available in ebook form on Amazon. 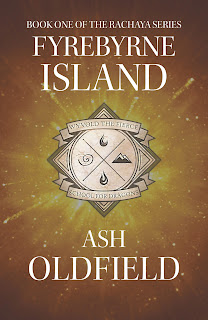 On another note, Book 2 of the Rachaya Series, "The Lost City" is now with my wonderful editor. I believe she will begin work on it at the end of this month. I hope you all enjoy reading it as much as I enjoyed the process of writing it.

Once again, I wanted to thank everyone who has purchased Fyrebyrne Island and taken the time to leave a thoughtful review. You make this little author very happy :)
Posted by Ash Oldfield at 3:34 PM No comments: