Do I Need NaNoWriMo?

I just discovered that there is a June NaNoWriMo for those who wish to do it in a month other than November. For those unfamiliar with the concept, NaNoWriMo is the National Novel Writing Month, where the goal is to write a complete novel from start to finish. This challenge traditionally takes place in November, so I was surprised to find that the field had been opened to other months.

At first I thought, "Maybe I should be taking part". I unofficially took part last year and DID complete an entire manuscript. But did I gain anything from it? I enjoyed the process, but what did I learn? 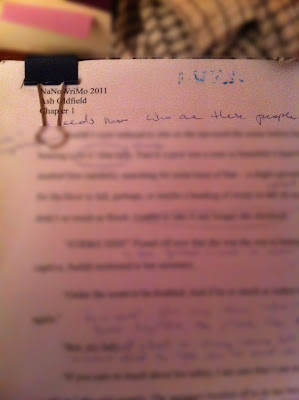 After much deliberation I have decided not to do NaNoWriMo again this year, although that may change come November. I just don't think it helped my writing. The manuscript I produced ended up lining my wastepaper bin because, try as I might, I couldn't do anything with it. I know there are people out there who find the NaNoWriMo process really useful and come out of it with amazing works of literature. Unfortunately for me this wasn't the case, and I felt it to be a hindrance rather a help. I'm not saying it is a bad idea, I'm just saying it didn't work for me.

What are your thoughts on NaNoWriMo? Do you spend the year counting down the days until you can write non stop? Or do you find it, as I did in hindsight, to throw a spanner in the works?
Posted by Ash Oldfield at 4:58 PM