Céline Perron was born in Sturgeon Falls, Ontario and now lives in a small community outside of Ottawa, Ontario. In 2018 she graduated post-secondary with a Master of Arts Degree in Criminology. In addition to writing, she works full-time as a Fraud Investigator.

When not writing or working, Céline enjoys spending time with family and friends, watching Crime shows, and working through her ever-growing TBR pile. Céline is currently working on her next book, The Shallow Graves due for release on the 13th of December 2021. 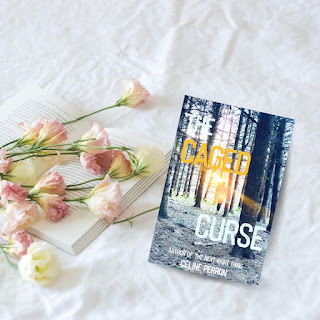 My latest book is entitled The Caged Curse and it is the first in a series of four paranormal mystery books. The book itself was inspired by my love of paranormal books similar to Meg Cabot and Kelly Armstrong. Being able to bring similar stories to life has been a goal of mine for many years now, but it was only until recently I was inspired to write about Nora Palmer and her story. I distinctly remember plotting out how the book would go and suddenly I wondered, What if she could see ghosts? Just like that, The Caged Curse series was born. (Book two is set for release December 13th 2021).

Q2: What advice would you give to help others create plotlines?

I am partial to plotting out my books in a three-act format, but that wasn’t always the case. I distinctly remember hearing other authors recommend this same method and all I could think was how much it reminded me of High School English and that I was not at all interested in applying this to my own books. However, on one particular day when I was struggling with the outline for The Caged Curse, I decided to give it a shot and before I knew it, everything was mapped out. The Hook all the way to the Climactic Moment that would leave readers guessing, it was all laid out in a nice and organized way. So ever since, I have applied this method to my writing. I find that it’s also helped as a nice visual so that I can clearly see when there are areas in my book that need more work before I dive into the drafting stage.

When I think of the books that inspired me to write I have to give notice to the Canadian authors whose work did just that. Authors like Don Aker and his book The First Stone is the book that inspired my debut novel The Next Right Thing. Other authors, like the late Norah McClintock’s brilliant mystery books have inspired me for years and her books remain on my shelves to this day. 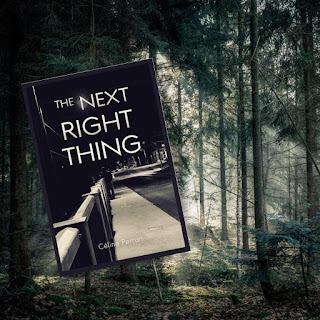 My schedule can differ quite a bit in comparison to my fellow author friends, mostly because unlike some of them, I also have a full-time job that takes up most of my time Monday-Fridays. On the days when I am drafting a book, I take up any spare time I can find, whether it be while on break from work, after work, and then late into the. My family, friends, and co-workers would always find it astounding that I could just go from working on one computer to another without issue. But I would just tell them that when you spend time working on something you’re passionate about, it’s really easy to do. Writing a book can take a couple of months, but this also depends on work schedules, family time, and the occasional writer’s block which could set me off course for a time. Nevertheless, I’ve found that this system – if you want to call it that – really works for me and I love that I can just disappear into another story at a moment’s notice and the process begins all over again.

Q5: Does writing energize or exhaust you? Or both?

Definitely both! I could go from having the longest day at work and then be able to just walk over to my writing desk and pick on my current WIP with no issue. On the days when I’m struggling to write a scene or a plot hole is giving me a hard time, it can at times feel exhausting and as if I’ll never figure it out. But such is the ways of an author, it’s the ups and downs of the work that keeps it interesting.

The best writing advice I’ve ever heard came from Dan Brown – “Write as if no one is watching, because no one is watching.” This quote alone was so impactful for me, especially in the beginning. I used to, and sometimes still do, get nervous about what people will think about a certain scene I’m writing or even the book as a whole. I felt those concerns when I wrote The Next Right Thing and then again when I wrote The Caged Curse. The truth is, you never know what anyone is going to think about your writing until you actually sit down, write the book, and put it out into the world for people to read. It was because of this quote from Dan Brown that I learned to get out of my own way and just do what I love: write! The rest will come with time. 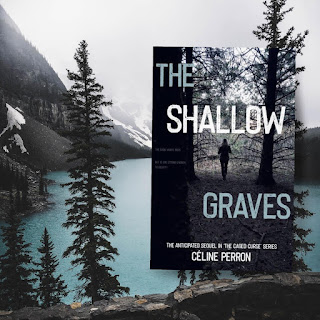 Character names are as unique as the personalities of my characters themselves. I prefer to think up my characters personalities, their likes and dislikes, whether or not they have a moral code, or have something in their life they’re passionate about, before I give them a name. This way, I can choose a name that is more fitting to who the character is as a person – fictional or otherwise. I’ll be the first to admit that I struggle the most when it comes to character names, and especially title ideas. So much falls on just one name or the title of a book, that I’ve had times where I changed the title or character name several times throughout the plotting process. But once I have the right name/title, I’m able to dive right into the story and begin drafting.

Practice, Read, and Practice! I remember in the early stages of my career as an author, someone had mentioned that authors should set aside time to read just as much as they set aside time to write. Back then I thought, well I love to read so that’s not hard at all. As it would turn out, writing can take up a pretty big chunk of your free time, especially when you already have a full-time job. I used to read several books a month, I was now going months without picking up a book. It was only when I heard this comment that I began to rethink my strategy. Reading has always given me that time to just relax and let my imagination wander. Wouldn’t you know, the best cure for writer’s block is to read more books? That or literally doing anything but writing and just going outside for a walk and getting some fresh air, listening to music, watching some TV. Any of these options have significantly helped me when I’ve been stuck. But above all, you improve your writing by working at it. No one becomes the best overnight.

I am currently working on plotting out and drafting book three in The Caged Curse series – title to be released soon – as well as another WIP which is a standalone Crime Thriller I am absolutely excited about sharing with the world.

I am also hard at work at translating my book The Next Right Thing in French – coming soon!

Finally, I am working with the official narrator for The Caged Curse audiobook, which will soon be released as well.

I am currently reading the latest release from my dear friend and writing colleague Tiffany Andrea, We’re All A Little Tired. 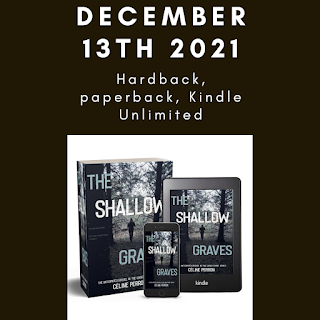 THE DARK WANTS NORA...
​BUT IS SHE STRONG ENOUGH TO RESIST?

Life for Nora Palmer has become an altogether different place since coming into her newfound abilities of seeing and speaking with the dead. Navigating the world of the supernatural through her mentor Lenora, and working to maintain a respectful reputation as a junior in High School, Nora is adamant that she has things well handled.

That is, until one night when Nora is drawn into the depths of the forest behind her family home and comes across the still form a recently attacked town local.

Now a suspect in a gruesome murder, Nora struggles to balance her life and to convince others that she hasn’t gone off the deep end. But such things are easier said than done, and the dark is sensing blood in the water. Coupled with a mysterious new arrival in town, Nora battles far more than wayward spirits and sees the life she’s carefully made for herself begin to fall apart at the seems.
Will she succeed in coming out on the other side? Or will the dark finally win?

To find out more about Céline Perron, check out her social media links below: