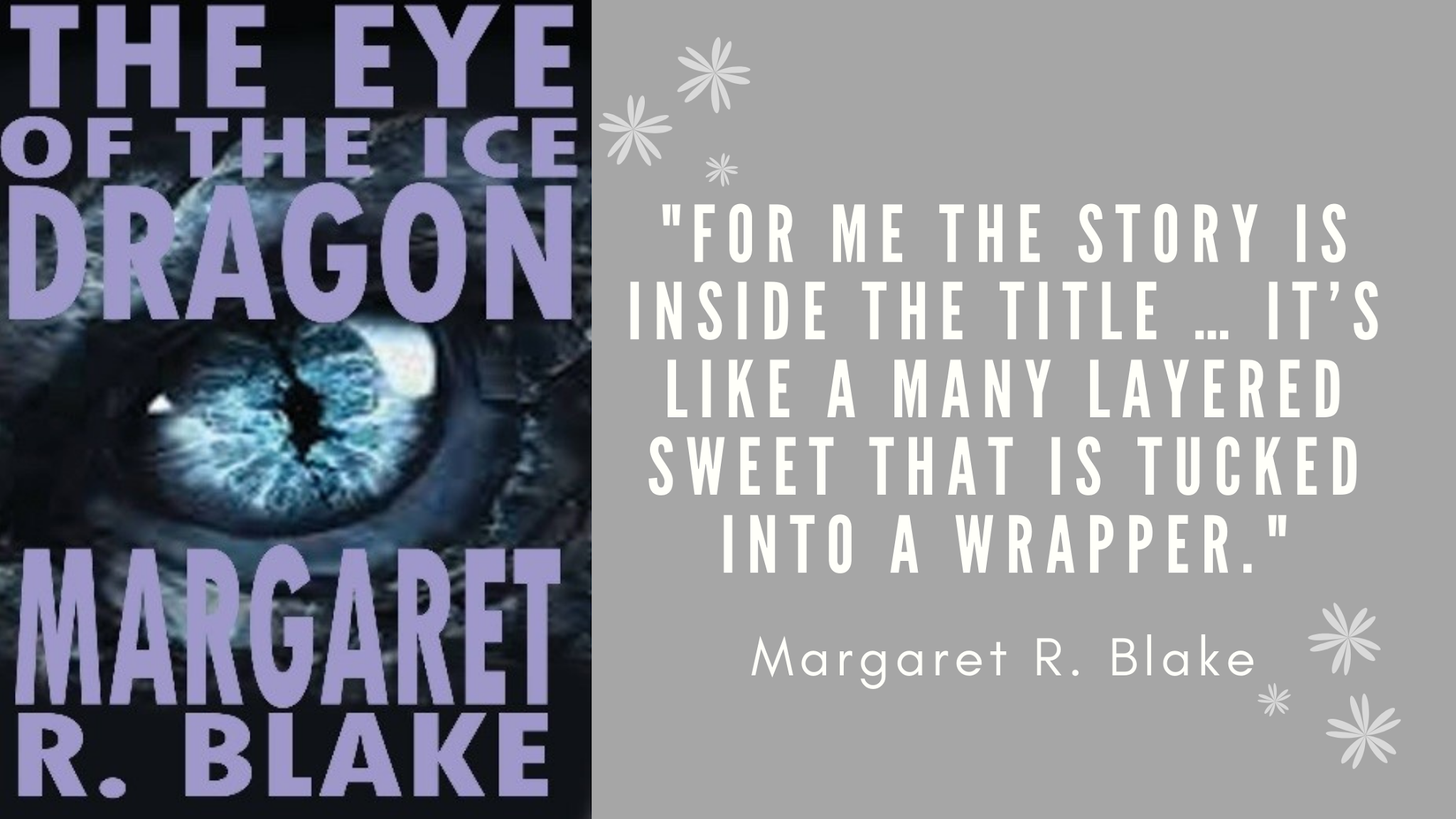 Margaret R. Blake is an accomplished writer and editor. Her first book, The Ring of Curses, as well as her book Merlin's School for Ordinary Children, were nominated for the Ditmar Awards, and she has also been a featured author for The Premier's Reading Challenge, Tasmania. She writes Children's Fantasy, YA, adult ficiton and Paranormal Romance. She is currently working on a Paranormal Romance novella, The Eye of the Ice Dragon.

The title of my latest writing is called The Eye of the Ice Dragon. It was inspired by a Facebook meme and a funny exchange with a friend. I was lucky enough to have another friend (British cartoonist, Karl Dixon) offer to design a fabulous cover for this work that I’m looking forward to using.

Stephen King for his linear style (I have read most of his earlier works) Tolkein (The Hobbit and The Lord of the Rings) for his imagination. George RR Martin (Game of Thrones series) for his use of historical events.

Silence and a great view. The view was once of the ocean. Now it is the things I have around me in my home. They tickle my imagination.

The ability to use one’s imagination so well that you can ‘see’ a great story and setting while you are reading.

Thrillers and mysteries. I don’t mind if they are historical, fantasy or horror, but I’m not much into Sci-Fi. I do enjoy a good middle-grade adventure/fantasy occasionally too.

The title, would you believe. For me the story is inside the title … it’s like a many layered sweet that is tucked into a wrapper. You have to peel away the layers to discover the characters and their journey. As for why, I truly don’t know. It’s just the way it is for me.

The Eye of the Ice Dragon, and another paranormal romance novella. I like to swing between a couple of books to allow the stories to evolve, plus it means no writer’s block.

Q10: What are you currently reading? I’ve just finished a Nora Roberts book - a romance novel - not something I normally read. It’s more for research for my own writing than enjoyment.

Margaret R. Blake has been kind enough to share an unedited exerpt from The Eye of the Ice Dragon with us. I love it when authors let us catch a glimpse of their work before it's ready.

‘Exhausted, Torathel dropped to the ground also. He gazed towards Solaris’ corpse. He saw the spear sticking out from its tail, with the large gash underneath, and he saw where he had tried to plunge the stake into the creature’s heart. It was only when he looked at his own hands that he spied the small droplet of blood and the sliver of red skin on the end of one of his talons that he realised he had found the true weapons that he wielded.

That was when he finally let out a loud cry of jubilation, allowing it to pierce the silence like an arrow. He raised his arms to the sky. The feeling that his power was growing with the knowledge of what he had just done was exhilarating. And there was also something else indefinable that seemed to emanate from the dragon. It was almost as if the Shadowmancer had taken on something that was of Solaris.’

Find out more about Margaret R. Blake by following the links below: