R. S. Williams is a fantasy author from Somerset, England who lives with her husband, daughter and two cats.

She started writing in her late teens and grew up on a steady diet of books and tv shows feeding her imagination. When not writing, Rhianne can be found reading a book, watching Netflix, playing video games, spending too much time on TikTok or going for walks.

If you want to be notified about new books, cover reveals, and latest news straight to your inbox, sign up for Rhianne’s newsletter, and get a free deleted scene from Kingdom of Lies.

Return of the Dragons, The Kane Saga Book Two.

This entire trilogy was inspired by an adopt-a-plot I found during my second year of NaNoWriMo. I never did anything with it to begin with, then when I was on holiday with my then boyfriend, now husband, I was lounging by the pool and it just hit me. All the books I had been reading had incredible female main characters. Which is fantastic but we were nearing the end of my holiday, I’d read 9 books and all of them were female. A thought struck me, and I wondered what boys were reading if all the books had a female lead because as I saw myself in these main characters, could they? So, I gender swapped the plot I adopted, added in some magical elements like dragons, a mad sorcerer and the chosen one and voila. I wrote down 6 pages of notes that afternoon of my main character, Elijah, books 1, 2 and 3 and never looked back. I wrote the first draft that year and continued with the other two. 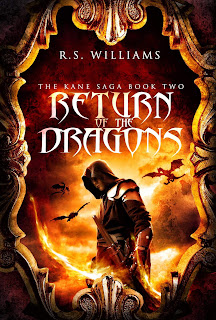 Q2: What’s your favourite and least favourite part of publishing?

Favourite has to be getting the finished book in your hands. Seeing your cover with your name on an actual book is something that will never get old. Although necessary, I actually hate editing. I do between 6-9 rounds of edits so it can get a little boring after a while, but I know it makes the story stronger.

Oh man. There have been loads over the years. Sarah J Maas and Elise Kova continue to be authors I admire and look up to. Along with Lyndsey Hall and Chloe C. Peñaranda. They’re all killing it and their writing styles are so immersive I love every book I read by them.

Chaotic. I spoke about this in episode 18 of my author accountability podcast with my co-host Donna. I used to have a real solid plan, and in a way I still do, things just got a little chaotic when I had a baby. In the lead up to my maternity leave I wanted to have as much done as possible so I could take a few weeks off - I wrote 3 novellas, a standalone and rewrote book two and three of my trilogy. Then I had my baby and took a few weeks off and got right back to it when my daughter was about 4 weeks old.

I’m really territorial about my writing time. I write between 5/5:30am to 6:30am every weekday. Then I do extra bits on a Monday and Wednesday evening. This gives me time to work the muggle job, build my VA business and still have time to spend with my husband and friends. It took me around four years to get here but it’s what works for me, and I stick to it.

Until October 2022 I’m on Maternity Leave from my muggle job so if my daughter has a nap, I try to either write or read during those as well. 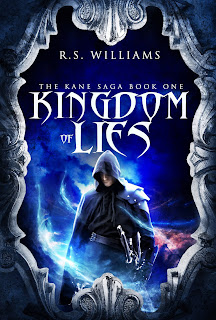 Never give up. It will feel shitty at times but it will be so worth it when you get to the end. Don’t be afraid to reach out to other authors and make friends. Lyndsey is not only an inspiration, she’s one of my best friends now and we met on Instagram, then in real life back in 2020.

Q6: What do the words “writer’s block” mean to you?

Being unable to get what's in my head out, or having a blank moment. It can mean many things but to me it’s whenever I have a barrier in my way.

Q7: What part of the book was the most fun to write?

Oh can I do one for each book? For Kingdomof Lies it was the scene where Elijah meets his love interest for the first time. In Return of the Dragons it’s when the pact is broken and we see the dragon transformation and in book three it was during the massacre… I won’t say too much on that, but my critique partner still hasn’t forgiven me.

Q8: How would you describe your book’s ideal reader?

Someone who enjoys fantasy books, chosen ones with found family tropes and a little romance. Although I’ll be branching out into that more in my next series as that’ll be NA. 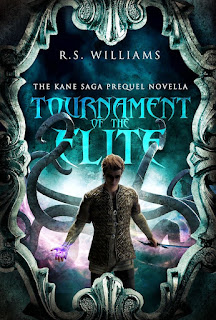 Quite a few things! I’m editing a couple of short stories for upcoming anthologies that I will be a part of. The origin stories for my next fantasy series which I just finished drafting book one for and outlining a standalone. Oh, and editing book three for The Kane Saga which will come out next year.

I’m currently doing a re-read of Graceling. As a mood reader I find it difficult to get into books sometimes. I’m also reading A Queen Comes to Power by Chloe C. Peñaranda.

To find out more about R. S. Williams follow the social media links below.

Return of the Dragons is available as paperback and ebook. Having grown up in Rheanydd, all Elijah wanted to focus on was entering the annual Hollom horse race. A year later, he’s one of Princess Sienna’s Elite bodyguards in Adelith, where he learns more about his hazy past every day.

King Roderick’s solution to Eli being revealed as the missing crown heir is to marry Eli to Princess Sienna and combine their two bloodlines. But when a body is found with a blood-splattered message and the queen reveals a secret about Eli’s magic, a wedding is the last thing on everyone’s mind.

Eli starts to doubt the Dragon Elders’ motives when their answers only come in the form of cryptic messages. Yet he can’t help but feel a connection between the dragons and himself. So, he agrees to fulfil their task to get the relics before The Master’s Agents of Cyran.

But the agreement between the dragons and his father is due to end soon, setting the dragons free from their human forms and able to rebuild their race. Unless The Master gains control of them.

Can Eli and the dragons work together to stop The Master from getting the relics, or will he gain control over the dragons to rebuild the world and become a god?
Like this interview? Please consider Buying Me a Coffee to keep them coming :)
Posted by Ash Oldfield at 8:30 AM