Country-Specific Expressions - Are they a problem?

Lady Gaga almost-nearly-sort-of put her foot in it on her recent visit to Australia. She went on a huge rant about the Australian Prime Minister and her stance against gay marriages, thinking that the Australian Prime Minister is herself homosexual. When it was explained to her that Australians will often refer to a long-term boyfriend or girlfriend as their 'partner', she recanted her rant and softened it a little bit. I, myself, refer to my boyfriend as my partner, because I don't feel the term 'boyfriend' is strong enought for our committment to each other. 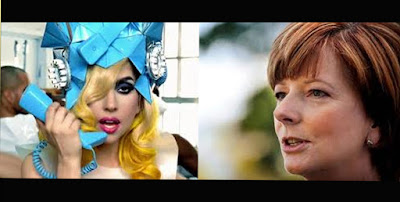 This has made me really thoughtful about my writing. In Australia we have so many strange expressions of speech. For example, we ask a lot of questions we don't really expect to be answered. We might say: "How hard it is raining?", or "Cor, how muscly are you?". For us it's an expression, an exclamation. Many poor Brits and Americans try to answer these strange statements. My writing is, no doubt, peppered with such statements and Australianaisms.

So here's my concern. Should I cut all those out as much as possible, or should I leave them in as an expression of who I am as a writer? I do not want to risk alienating an international audience. At the same time, I want to stay true to myself.
Posted by Ash Oldfield at 1:33 PM

Email ThisBlogThis!Share to TwitterShare to FacebookShare to Pinterest
Labels: Everything, Thinking, Writing